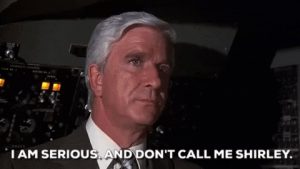 The FAA has issued AD 2020-25-12 effective 15 January 2021.  It will require crankshaft replacement within 25 engine operating hours after the effective date.

Superior Air Parts submitted objections based on metallurgical tests and other evidence, but these were rejected.  The root cause of the 3 crank failures is not clearly due to the alleged manufacturing defect.  Moreover, it’s not at all clear there is a manufacturing defect.  Nevertheless, 115 certified engines (per US Registry) sold by Lycoming and others will have to be rebuilt with new cranks.  The range of affected cranks also includes 77 experimental engines that are not required to comply with this AD.  Cost is estimated at about $15,000 per engine.

All three failures were on flight-school C-172’s.  The lowest time in service was 627 hours since overhaul of an engine with 5,944 hours.  The other two were reported as having 1,400 and 2,100 hours since being installed in overhauled engines (total time was not reported).  The metallurgical report on one of the cranks states that the evidence “suggest that the metallurgical condition of the Crankshaft was not contributory to the failure.”  Another report (on a different crank) indicates the fatigue crack may have a “subsurface origin.”  That is, the report did not conclude with any certainty that the crack originated from a nitride white layer on the surface.  For the third case, it was noted that “The smeared condition of the fracture surface precluded determination of the precise origin point.”  It does not appear from either the metallurgical reports or related discussion on the NPRM that any of the cranks failed to meet specifications including the allowable amount of “residual white layer of iron nitride.”

Three cranks have failed whether or not the root cause has been established.

Refer to the Federal Register for full details in the published NPRM.  The proposed AD applies to both Superior Air Parts and Lycoming O- IO- and AEIO-360 engines with a certain Superior crankshaft assembly.  It is due to 3 crankshaft failures that occurred in March 2017, August 2017, and October 2018.

The cause was traced back to a manufacturing process error that resulted in surface embrittlement that can lead to fatigue cracking.  The affected cranks were manufactured in 2012 and 2014.  I purchased my IO-360-X from Barrett in March of 2015, and my crank is on the list.  Here are Applicability and Required Action excerpts from the NPRM:

Within 25 engine operating hours after the effective date of this AD, remove the crankshaft assembly from service.