The monthly Pancake Breakfasts are rapidly becoming one of the best features our Chapter has to offer.  We had another great turnout with 88 members and visitors! 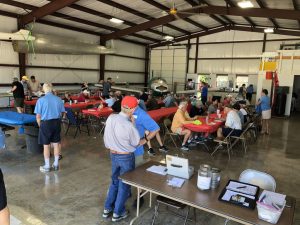 Whether or not you want to eat breakfast, this has become a regular Pecan Plantation and surrounding area social event worth attending.  Personally, I’m attracted by both airplanes and food – not necessarily in that order.  While pancakes and sausage are the bait, getting to hang out for an hour or two with so many great neighbors and fellow airplane enthusiasts is the hook.  Tom and Deanna Thibault were assisted this month by Sid Tucker, Mike Watson, Sue Cole, Marcia Walker, Ed Askins, Don McDonald, Dave Smith, Steve Bloomquist, Kenny Miller, Justis Lindsey, and others I probably missed.

We did not organize for YE flights this month, and it was a bit unfortunate when a mom showed up rather late (just before 10 am) with 2 little ones looking to fly.  We let them know how to get in touch to set something up the next week or so, and we’ll figure out how to do better going forward.  I’m looking for suggestions, but my initial thought is to try and put a regular notice in the Columns Calendar and on Nextdoor Neighbor each month that makes clear whether it’s breakfast only or breakfast and YE flights from 8:30am to 9:30am.

After breakfast, we had the opportunity to enjoy sharing yet another Pecan pilot and chapter member being recognized by the FAA with the Wright Brothers Master Pilot Award.  Don Christiansen was joined by Rich Rudolf from Hicks Airfield in a brief ceremony (see Master Pilot Awards for more).  I have to believe we have one of the highest concentrations anywhere of Master Pilots located right here in Pecan. 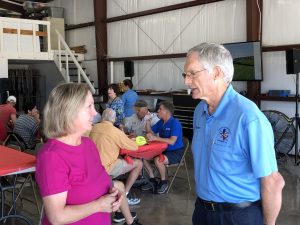 A number of visitors including Charles Morris, John and Nathan Letkeman, Jay Pratt, Peggy Losher, Dave Mitchell, and Joe Murphy joined us, and Eddie Eiland joined our Chapter!  Eddie recently moved to the Dublin area from Conroe.  I failed to note what Eddie is flying these days.  He remind us that Swift UL94 fuel is available at the Dublin Airport (9F0).  Most recent price shows $4.10/gallon on AirNav.

Quite a few stories were related about Oshkosh including a Bonanza hard landing that collapsed the gear, and a Bearhawk light-sport that very nearly spun in from a departure turn.  The Bearhawk pilot unloaded the wings and managed to recover just high enough to clear trees near the field.  The Bonanza mass arrival was broken up due to weather.  But the Mooney arrival went very well with 62 airplanes landing in just 11 minutes.  Several folks noticed that it seemed there were more young adults there than in years past – a hopeful sign for the future of aviation and maintaining our freedom to fly in an increasingly regulatory America.

PROJECTS – Lawrence Ryan got inspired at Oshkosh and ordered a Zenith 750 Cruiser.  He is going up to Mexico, Missouri next month to pick up the first kits.  Dick Keyt also got inspired and is making plans to get the Polen Special back flying and up there next year.  Greg Walker was able to fix up the oil leaks and make a first engine start on his RV-8A project.  He said that Don Christiansen had to show him how to start a fuel-injected engine, since he had only ever been behind carbureted engines.  Jared Latimer’s professional pilot career project remains on track.  His CFI multi is done, and he is scheduled for his CFII check ride in the coming weeks.  Congratulations Jared!

SAFETY – Sid Tucker said to be on the lookout for updated Pecan Plantation Pilot Guidelines.  These will be place on the ppoaweb.com site with a link distributed over the Airpark Neighbors email list.  There’s really little new, but a couple of highlights based on some recent experiences include

As always, please strive to be professional on the radio and use pattern entries at suggested pattern altitude as outlined in the AIM.

MEMORIAL BRICKS – Joe Sasser reported the memorial bricks have arrived.  He has set them out and plans to install asap.  Thanks Joe and Konnie for making this happen.

CHAPTER SWAG – Michele Sonier is preparing to order more Chapter shirts.  Please contact her asap if you want either a short-sleeve shirt (blue), a long-sleeve shirt (black), or a vest with Chapter insignia and personalized lettering.

FLY-IN – It’s almost here!  Ready or not, we will be hosting the Annual Pecan Plantation Fly-In and Car Show (and campout, auction, potluck dinner/hangar party, and…) on the weekend of 28-29 September.  Dave Smith is getting run ragged trying to pull things together, and a number of folks have already stepped up to help out.  But as always, we still need Leads in a few very important areas.  Please reach out to Dave ASAP to see how you can contribute to making this another success.  By the way, the MashBash joint fundraising venture with Pecan EMS has been rescheduled from the fall to next spring to give us all a little relief in the schedule.

CHAPTER OFFICERS – This is an election year, and we need to fill at least two positions that are being vacated.  We are seeking nominations for all positions, and we definitely need someone to step up for Vice President and Treasurer.  Dave Smith wants to step back from the VP job and has suggested we lessen the load on the next VP.  It can be a tough job that has a lot of duties.  Dave suggested he would take on the job of leading the annual Fly-In and some other fundraising efforts, and he would work hand-in-hand with the new VP to help make things a little less demanding.  Ed Askins wants to focus on the new Glider Club effort that is being put together.  He also wants to have more time for mentoring and helping folks get involved in aviation.  Flying Young Eagles, offering Eagle Flight Experiences, and getting new builders involved in the glider restorations are a great ways to do that.  Ed will be available to guide the new Treasurer, and Stuart Hill has continued to be a great resource and takes care of our federal and state tax filings.  Make no mistake – serving as a Chapter Officer can be a lot of work, but it’s well worth the effort.

CHAPTER BUSINESS – Ed Askins reported at least 54 pancake breakfasts served, an additional $53 was deposited in the tip jar, and another $49 in the Don Saint Raffle bucket.  Thanks for your generosity!  Kliff Black reported on Brazos Bunch Property status.  We expect to end the year on solid financial footing.   We have 20 name tags on order, but the vendor will not be able to deliver before about 15 September.

PROGRAM – Dick Keyt and Dave Smith spoke to turnbuckles and safety wire based on the recent discovery of some serious issues with certain Bonanza’s.  The American Bonanza Society (ABS) has taken the initiative to alert its members and collect data following the discovery of a broken control cable turnbuckle that was retained only by the safety wire.  So far, 20 airplanes have been found to have problems, mostly with aileron turnbuckles that are located just below a heater/vent duct that serves the rear seats.

There is some speculation that problem may be corrosion due to moisture from the duct, but it is unclear whether it is limited to models that have this duct installed.  But in at least one case, a failure appears due to fatigue.  In some cases, only the safety wire – installed per the so-called “double wrap” method – was still holding the cable together.  Inspection requires removing the safety wire and using magnification.  In at least one case of a single-wrap safety wire, the turnbuckle broke as the mechanic was removing the wire for inspection.  With the single-wrap method, the safety wire does not serve as a backup to hold the ends together if the turnbuckle breaks.  For more info on the Bonanza’s, please refer to the ABS web page.

Always use 0.040″ safety wire per AC 43.13.  And based on what we are learning from the ABS, consider using the double-wrap method.  This could expand into a much larger issue including AD’s – for perhaps more than just the Bonanza’s.  Charlie Adams mentioned there are several Piper AD’s wrt turnbuckles and corrosion at cables. 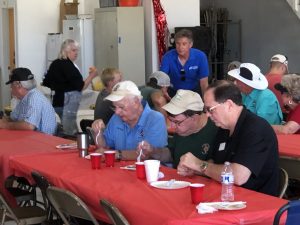 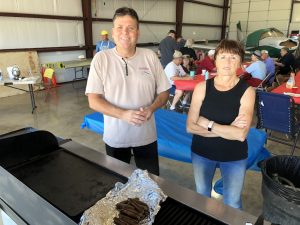 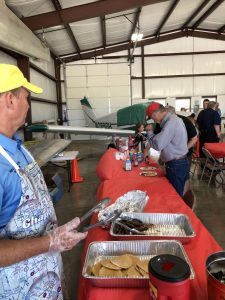